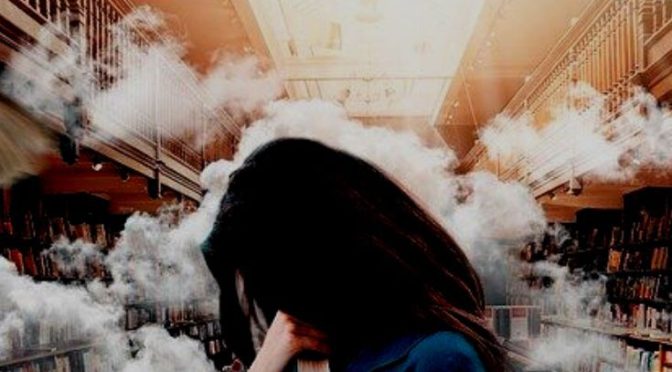 I started by reading. Lots of reading! Way before I got to story writing. That came later.

I loved stories. Did that start because I was read bed time stories? My dad read me stories – Bambi – Winnie The Pooh – Grimm’s fairy tales and Hans Christian Anderson.

I remember The Snow Queen was a chilling tale – no pun intended, as after the light was out and I tried to sleep, I was freezing in my bed. The winters brought temperatures of minus 20 F for a good part of the season.

My parents seemed oblivious of the cold.

We had one dog, a Scottie, who slept on the end of my bed, then when my older sister came up, he went to my sister’s. But when my parents came up to bed, he went into their room. There departed the foot warmer. 😀

How Do You Inspire Children To Write?

I don’t think you have to. You just stay out of the way.

My older sister Susan and I used to make up stories. We were supposed to be sleeping – of course – but our parents never made sure that we were,

We would lie awake for a while, making up stories of how we would live when we were grown ups. House, kids (based on teddies and dolls), and a dog, of course. (Susan later became a veterinarian).

We described in great detail what our house would be like, and one major feature was a warm swimming pool in the basement.

Was that because of the icy Pacific Ocean we waded into – retreating into the not-so-warm sunshine and shivering in towels? And that was when we lived in a warm climate – the warmest in Canada.

Before the four years in the minus 20F place.

I wasn’t reading so much myself yet.

My parents had no idea we were up there spinning tales.

They had no idea I was going to be inspired to write.

And when would that be?

How Do You Write A Simple Story?

I have no idea. Any story I wrote wasn’t simple. The stories I started writing in high school at The National Ballet School of Canada started out NOT simple.

They were complicated, meandering, and never had endings.

At the end of my tenth grade year, in a very hot June, we had hours free every day after a school exam, and after a class or two for the ballet exams (Cecchetti technique) we were free to study for the next academic exam. That got old fast.

Just finding a place to sit and study, in our wool skirts and knee high socks, where there might be a warm breeze, in that old school (completely different now) was a challenge.

Except for History and Math I really didn’t need to study much. Which was good, because  – ballet exams! Those were the focus, and the end of the year performance, which I was not in.

In those spare hours not studying for an exam and not participating in the rehearsals for the performance, I wrote stories. My small circle of friends were the models for the characters and I wrote a lot about the early days of North America and the conflicts between the colonists and the tribes. Why? No idea.

What Makes A Story Interesting?

As I remember, kids – teens – as I’m remembering that part of my life – aren’t really interested in anything. No, they are more obsessed.

Because you know, you’re involved in things you are living for and would likely think you’d die for. Does that sound intense?

Recently I found my old and faded copy of the first student newspaper The National Ballet School students published (and maybe the last? I’m not sure).

It was filled with prose and poetry, some in French and a bit in Latin.

I emailed it to three friends from those years. One of them, Miranda Esmonde White (creator of Classical Stretch and Essentrics), responded with “We were an intense bunch”.

I pulled off a couple of things that were important to me in high school. I wasn’t an upcoming star like my room mate Karen Kain, or an upcoming soloist like Linda Maybarduk, who is an author herself (The Dancer Who Flew about her friend Rudolph Nureyev).

I was among the invisible, the students who felt so ordinary, who forgot that they weren’t ordinary or they wouldn’t even be there…but I somehow talked the founder and principal of the school, Betty Oliphant, into waiving the rules so that I could do two things I really wanted to do. 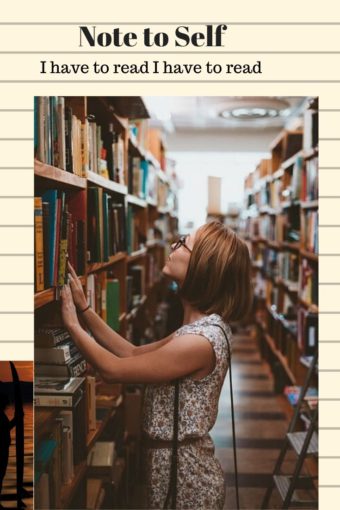 1. Leave the school by myself (in the boarding school we were only allowed to go out in groups of three or more) because I just had to go to the library every two weeks. I had to have books. I had to walk through a not so good area of town from Jarvis St. south, across the park at Gerrard past Allens Gardens past drunks and homeless people, to Parliament St., and then a couple more blocks to the library. I told Betty I have to read. And she said “Okay.”

2. In Grade Eleven, one of my room mates, Kate Shaughnessy, and I shared a love of music. At that time Modern Dance had arrived at NBS. The Martha Graham technique. The school rented a church hall for these classes (then taught by Lillian Jarvis) which was a few blocks from NBS. One day after class Kate and I were walking out together and we stopped and read the church bulletin board in the hall.

There was a sign “Singers for the choir – needed.” We looked at each other and grinned.

Let me explain. Kate and I lived in a small three bedroom residence above the school offices. Six students and one live in adult supervisor, Ruth, who was a theology student at U of T, in a doctorate course. We were fairly crammed in there under the eaves. Miranda and Linda Maybarduk also lived there. We were all okay with each other, but in Miranda’s words, we were an intense bunch.

So, just getting out to do something “normal” was a needed release valve.

Kate and I went to see Betty and told her we wanted to go to choir practice every Thursday night (during homework time omg).

She looked at us for a few long seconds and said “Okay”. Out after dark, the two of us, to a tiny church on Bleeker St.

So we had Thursday evenings and Sunday mornings covered, for getting out.

Choreography is a way of story writing in many cases.

Story Writing – How Does It End?

Now that I’m in my just plain old years, I’m taking my story writing seriously. Do I have a tale to tell? Yes, a few tales I think.

I’m still working to pay the bills and all that boring stuff, and other than that I spend time writing.

I started writing with Vone Deporter in 1988.

One thing that works in the partnership is we don’t have anything to prove to each other or to anyone.

We just have lots of stories and we’re working together to get them out.

Do you have lots of stories to get out too? I bet you do. Feel like sharing a bit about that?

Please join us here, in the comment box below.

6 thoughts on “Story Writing – How Does It Start?”