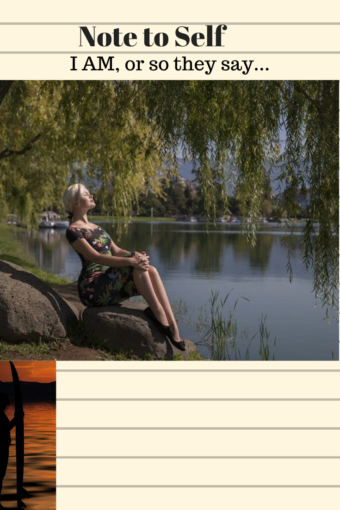 Image by 99mimimi from Pixabay

Recently I read that bad writers overuse the words “just” and “even”. Especially women – can you believe that?

Even after (not to imply it’s over) the #MeToo movement, you’d think folks would just think a little before they just blurt out any old thing.

Another symptom of off – I just didn’t feel like doing my yoga.

My lazy twenty minutes I have been doing every morning, and feeling improvements in those tight hamstrings and psoas muscles – evidently is not enough reward for my driven quest to age more slowly.

I am just impatient.

I was going to write a post about the dark underbelly/pitfalls/sexism/body shaming/disordered eating of the ballet world, since the Sedona series deals with much of that – in order to -what?

Turn off every YA reader and aspiring young dance student?

I could just torture myself better by watching Flesh And Bones or The Black Swan again. That would kill off the day and half the night entirely and next thing – Monday morning!

I just want you to know that I got some control. I was determined to get off off.

I put on a guided meditation someone had just recommended to me yesterday. And I modified it for myself because I don’t believe in the tight/dominating/culty rules that dictate how you do these things.

Yes! Pajamas after five hours! Another indication of off.

So this meditation guide was rambling on about inner space and outer space. O.K., I’ll go along.

Next, being aware of the space just around me. (Big mistake!)

It was then I noticed the dust. Because even as I was appreciating the sunlight streaming in from all that space outside, I was just gobsmacked at the dust around the television slash monitor and the DVD player and all that stuff.

I knew that was too much black, back when I moved in and some really decent furniture was offered to me. But, black.

While maintaining consciousness of the inner and outer galaxies, I ran for a dust cloth and – voila! All the sparkling dusty black was a nice matte again.

Even while staying engaged with the drone of the meditation guide, I got some of the paler surfaces dusted too.

Then I stretched a bit and looked down. At my dark blue yoga mat, the one I did not do yoga on earlier.

That will just teach me to file the mail without rolling the mat up. At least, if that lint was on the beige carpet I wouldn’t see it, just now.

Next the head space guru is talking about something that makes me think of Alice In Wonderland and I remember thinking that it could be a good writing prompt even, but now I’ve forgotten it.

It’s not like people stop while meditating and take notes, right?

Anyway, I ran for the stick vacuum and whew, it was charged. Voila – lint gone!

I just missed about thirty seconds of the spiritual guidance, not too bad.

And I was already feeling less off!

I decided to just grab those untouchable shopping bags, it now being 72 hours, that magic number (which keeps changing, OOF), since I had protected up and shopped, and get some of those wiped down products put away. Because – clutter! Distracting!

Aw! I just missed the ending of that meditation. Am I supposed to count myself up or something?

Oh! I just noticed that the blog word count is 666! I’m not superstitious but I just need a few more words to move away from more off.

No soul wracking references to Sedona’s challenging coma or trek into unknown places today – unless solar systems between your ears count.

There, I just sneaked that in, didn’t I?

(Word count now up to 736 minus this sentence two brackets and a period).