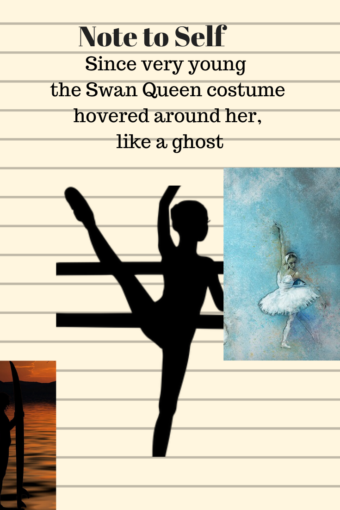 Sleep Stealing And Mining The Ruins

Neighbors aren’t at work these days, they thump around all night. Muffled, but. Closet doors slide, exhaust fans whir, and remain forgotten.

The thunder of distant game combat escapes from headphones.

Oh yeah, I know that one.

A Long History Of Stolen Sleep

Awake at 1:30, memories march out for inspection. Oh no, not that one. Was I really that weird as a teen?

I review the years with a tough teacher. Tough years. I couldn’t even talk to my family.

No wait, she wasn’t tough. She was a sadistic cold-hearted bitch. Really, do I mean that?

Wow that feels better! I think I can settle for smiling quietly, when dear old friends sing her praises. Not everyone was a mark.

My life changed in those moments. No, I wasn’t such a weird kid, I was very withdrawn for one school year. I think of it as my worst year, but I remember how hard I worked.

Up at 6:00 am performing extra exercises and stretches on that icy bedroom floor in the room under the eaves, shared with four other girls.

An actual historian has called the place “Dickensian”.

I stayed at school during Easter break (as it used to be called) to take a daily class with said sadist. I chose my place at the barre between two of her favorites, thereby becoming invisible.

I enjoyed the music and also became aware of the energy flow and ebb from said talented favorites and absorbed clues from them, as to how they timed their efforts in the difficult (bordering on sadistic) exercises.

It strikes me, at approximately 2:15 am (I try not to clock watch, but.) that neither of those teen stars ever danced a career in a professional company. One was hospitalized for anorexia, and was not heard from again, at school.

I ran into her walking up Jarvis Street in my grad year. She looked well, and gave me a good job tip. She succeeded in the business world. I never did.

The other born-to-dance teen star – you could always see the Swan Queen costume hovering around her body, like a ghost – was socially retiring. She danced in the corps de ballet (lowest status) for two years, again sticking out like a lost Odette/Odile, whatever costume she wore. Then she disappeared.

A legion of “I was so weird” memories vaporized. I was weird for a while because I was young and did not understand manipulation from a person with a stone cold heart, who never should have been around children.

During this hour of memory vetting, an idea began to grow. An idea for a character I would build, and a story.

And I realized I am mining the ruins. I’m finding nuggets.

In my deep abandoned mine with hidden and collapsed entrances, blocked off tunnels emanating toxic gases, and cavern floors strewn with the bodies of dead canaries, there is some authentic wreckage.

But not enough to “let the bastards get me down”. Not that dastardly a wreckage.

Back On Top Of The Earth’s Crust

The evening before, I had started an on line course for writers on developing a character. I already had a good idea of the one I would develop in the four weekly classes. And a story.

Here is a video of the Odette variation: