Roofies Date Rape And Much More!

Watching the news this week I see reports about a bar in Silverlake, a district in Los Angeles known for its LGBTQ community.

The concern is that women are reporting feeling drugged after drinking in the establishment. The owner and staff were horrified when they found out and are doing their best to keep an eye out for unattended drinks.

Yet in a popular and crowded establishment how much can they do?

How will this turn out?  The topic caught my attention because the issue of drugs and date rape is a triggering event in Sedona.  The story is about a teen’s response to the humilation, betrayal and loss of control.

Suicides have been resorted to by teens who were drugged, date raped and even had the event videoed and put on line.

For info on date rape drugs go here.   They are also indexed as Club Drugs.

And I’m watching a Grimm Episode about rape in the military as I write this. Season Three, The Manticore. I’m happy to see the topic dealt with for such a large audience.

Likewise I was happy to see the issue of sex trafficking, in this case minors, in the Starz television series about a ballet dancer,  “Flesh And Bone”.  Women and girls are usually drugged and addicted and consequently raped over and over for as long as they live.

Shannon Farren, news reporter, did a radio show series on the sex trafficking of suburban teens in California in 2014. Their rescue and rehabilitationwas/is dangerous and not always successful. Drugs may or may not been involved, but violent rape always is.

Legal inequalities as described by rape reports in the US military, both of men and women

I remember reading about this years ago, an article about female soldiers dying of dehydration in Iraq. They would stop drinking water hours before bed time so they wouldn’t have to go out to use the latrines at night and get raped by men lying in wait, as a result. To quote the response when this story broke:

“The women asked to be here, so now let them take what comes with the territory.”

O.K., so they should expect to be raped by fellow soldiers who expect their victims to watch their backs in combat?

So don’t we live in a Rape Culture – whether minors, new adults – or seniors?  Seniors do get raped although I haven’t heard it’s ever been  as a result of drugged drinking.

Roofies put a person out cold. At the least, soften their resolve. Premeditated rape is a world away from teens or adults who just get drunk where the issue of consent gets fuzzy, and regrets can become a difficult situation afterwards.

It is sad to see that the phrase is a well searched one on google, that is, many people are asking that question as they consult google or other search engines, possibly premeditating rapes.

Movies And Violence Against Women

Rape, gang rape, with or without violent beating, has been represented in the entertainment industry both as a non gratuitous revelation of such events, or as…entertainment. 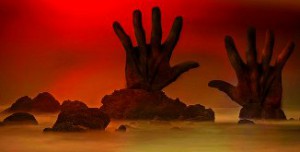 What I find insidious is the premature sexualization of children in the fashion industry combined with the emphasis on popularity, good looks and sex appeal and bullying in schools.

Abstinence is still touted as a religious virtue as opposed to safety of one’s health and circumstances (not getting pregnant, not getting gossiped about or cyber bullied).

Or the emptiness of having sex but not being loved. How does a youth grow up and learn how to choose a life partner? It is impossible to imagine standing in the shoes of a younger person and thinking about these things.

Men get raped in movies by men, too. Rarely though. Unrelated to homosexuality, because rape isn’t about sex. It is about power.

More may be added to this as the world turns. It’s a weighty topic.

Sedona is the story of one girl’s response to date rape. A sci fi fantasy it’s said.

Yet some readers might think it’s about a girl gone mad with the post-traumatic mind mush. Is it just all her delusion as she battles 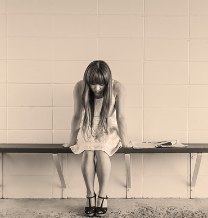 with a strait jacket in a padded cell in a mental hospital?

Or simply stares into space numbed by the “chemical strait jacket”?